In 1907 (Meiji 40), Kiyoshi Saito was born in Aizu-bange, Fukushima Pref.
At the age of 4, he left his hometown of Aizu for Yubari, Hokkaido due to his father’s employment.
As Kiyoshi was fond of painting from a young age, he got a job at a sign maker in Otaru.

At the age of 20, he once founded his own sign painting business but could not abandon his dream.
Infatuated with the art world, Kiyoshi made up his mind and moved to Tokyo.
While working as a sign painter, he taught himself oil painting. Kiyoshi presented his work for publicly offered exhibitions and was accepted. Because he drew inspiration from Sotaro Yasui’s woodblock art, he began to feel his way around the new style while experimenting with woodprints.

Gradually Kiyoshi devoted his energy and time to block prints.
In 1948, he received first prize for “Milk” at the Salon Printemps Exhibition which aimed to support young Japanese artists with the backing of wives of senior GHQ officials.
In 1950 at the Sao Paulo Biennale, his work “Steady Gaze (Flower)” won the “Japanese Ancestry in Sao Paulo Prize”. It was the first international prize for a Japanese artist after WWII. This event spread the greatness of the modern Japanese Prints and Kiyoshi’s name all over the world. Later in life he won many prizes from Japan and abroad.
In 1995, he was honored as Bunkakorosha (Person of Cultural Merits).
Kiyoshi passed away at the age of 90 in 1997.

The Chronology of Kiyoshi Saito

1940 (Showa 15) Age 33,
Produced the first work of "Winter in Aizu" series.
1944 (Showa 19) Age 37,
Entered employment with Asahi Newspaper Company (left in 1954).
1948 (Showa 23) Age 41,
Received first prize for "Milk" at the Salon Printemps Exhibition.
1949 (Showa 24) Age 42,
Recommended and became a member of Kokugakai.
1951 (Showa 26) Age 44,
Received "Japanese Ancestry in Sao Paulo Prize" for "Steady Gaze (Flower)" at the Sao Paulo Biennale. Had the "Saito Kiyoshi Sosaku Hanga Exhibition" at Mitsukoshi and every year since this year.
1952 (Showa 27) Age 45,
Had a first personal exhibition in the US (New York).
1955 (Showa 30) Age 48,
Had the "Saito Kiyoshi and his peers exhibition" at Seattle Art Museum in the US.
1956 (Showa 31) Age 49,
Visited the US and Mexico under auspices of the State Department and Asia Foundation. Had teaching program and solo exhibition in each place.
1957 (Showa 32) Age 50,
Accepted for 2nd Ljubljana Biennial of Graphic Arts and won a prize. Accepted for Asian and African countries international art exhibition and won a prize. Had the "Saito Kiyoshi woodblock prints Exhibition " at the Corcoran Gallery of Arts in Washington.
1959 (Showa 34) Age 52,
Stayed in Paris to do a lot of sketching.
1962 (Showa 37) Age 55,
Visited New York to have the "Saito Kiyoshi woodblock prints Exhibition".
1964 (Showa 39) Age 57,
Invited to the arts festival of University of Hawaii. Had a prints exhibition at Honolulu Museum of Art.
1965 (Showa 40) Age 58,
Visited Australia to have a prints exhibition. Visited Tahiti for coverage on the way back.
1967 (Showa 42) Age 60,
Visited India to have a prints exhibition hosted by Indian Ministry of Culture.
1969 (Showa 44) Age 62,
Had the "Kiyoshi Saito Exhibition" at Art Gallery of Greater Victoria in Canada and San Diego Museum of Art in the US.
1970 (Showa 45) Age 63,
Exhibited the first 20 pieces of the series of "Winter in Aizu". Moved to Kamakura.
1976 (Showa 51) Age 69,
Received "the Prefectural Governor Prize for Non-resident Person of merit" from Fukushima Pref. Became an honorary citizen of Yanaizu Town.
1977 (Showa 52) Age 70,
Visited Czechoslovakia to have "Kiyoshi Saito Exhibition".
1981 (Showa 56) Age 74,
Honored the Fourth Class Order of the Sacred Treasure in the Conferral of Autumn.
1983 (Showa 58) Age 76,
Had the "Kiyoshi Saito Exhibition" at The Museum of Modern Art, Kamakura & Hayama.
1987 (Showa 62) Age 80,
Moved to Yanaizu Town from Kamakura.
1995 (Heisei 7) Age 88,
Honored as Bunkakorosha (Person of Cultural Merits).
1997 (Heisei 9) Age 90,
Opened Kiyoshi Saito Museum of Art, Yanaizu. Passed away on Nov.14. 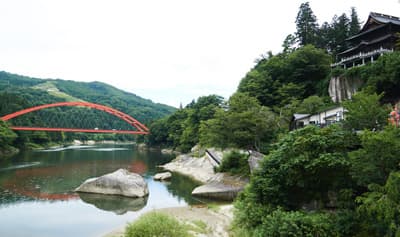 The master artist Kiyoshi Saito had moved to Yanaizu, lived and created works at his private studio during his last 10 years.
The limpid stream of Tadamigawa-river and the beautiful scenery of the mountains of Okuaizu might have been inspiring the artist’s appetite for printing everyday.
Kiyoshi spawned many masterpieces in his private studio. Kiyoshi’s production gear, such as work tables for woodcutting, engraving knives and others are displayed here and kept just as they were during his own lifetime.
*NOTICE: There are no works on exhibit in this Atelier-kan.

[Closed]
Late-April to December: Mondays (When a national holiday falls on Monday, the Museum is open Monday and closed the following day.)
January to Mid-April: Monday to Friday (Open only on Saturdays and Sundays.)

[Access]
5-minute walk from Kiyoshi Saito Museum of Art.
There is no parking at the Atelier-Kan. Visitors are encouraged to use the parking of the Museum or the Tsukimigaoka Town Center.